Setup in 1968, this co-educational School was formerly called the DAV English Medium School with a curriculum that was modeled on the Dayanand Anglo Vedic system. In the late seventies, as the school gained in strength and size, there was a need to define its direction and affiliation; and carve an identity that could reflect the core foundations for its existence and growth. Since it was incubated under the aegis of Hindustan Aeronautics Limited (HAL Koraput Division) through the Aeronautics Education Society (AES), the connection with aerospace could only be amplified. Hence a new name- Vyomayana Samstha Vidyalaya - simply translated, an institution that is administered by the organization of the aerospace.

Successive batches of students established a sort of norm of sending passouts to key higher education institutions in the country- IITs, erstwhile RECs, Medical Colleges like the AFMC, the National Defence Academy, were known stops to several students of VSV. Several Alumni went on to higher education overseas but continue to keep in touch with the school.

As an institution, many distinguished people walked its portals as well as precincts. Principals and Teachers, Professionals and Managers from the parent HAL, helped shape the school from its humble essential beginnings- as an elementary provider of education facilities for first generation of HAL employees who opted to come to this area in the late 1960s and early 1970 s- with liberal doses of motivation and lofty ideals. And by the way, the geographic location of the school also saw Leaders who stopped by on their visit to the factory or the region - Central Cabinet Ministers, Chiefs of the Air Force, Naval Commanders, would know of the school as a first stop on their visit to this remote and culturally rich region in the Eastern Ghats. An old photograph bears fact to one occasion, when the school grounds served as a helipad for Mrs Indira Gandhi on her only visit to the region! 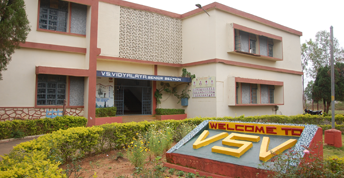 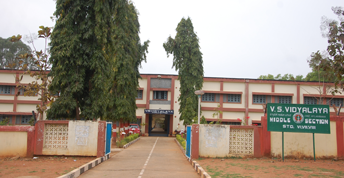 Get in Touch For Any Kind
of Help & Informations